The Story of Nelson Mandela Begins in Byzantium 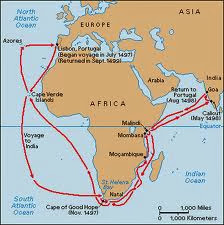 
With the passing of Nelson Mandela, we are reminded once again to what extent the Fall of Constantinople influenced world history. The text below was written by General Yoweri Kaguta Museveni, the current President of Uganda, showing how the story of colonization and apartheid in South Africa begins in 1453.

It is with sadness that I heard of the news of Mzee Nelson Mandela’s death.

The sad and heroic story of Mzee Mandela starts in 1453 AD when the Ottoman Turks captured Constantinople (Istanbul as it is called today) from the Byzantine empire.

That capture blocked the overland route from Europe to Asia that had been established by Marco Polo many centuries before.

That route was important to Europe especially for spices and silk trade.

With that blockage, the Europeans started looking for an alternative sea route to the east, around the massive African continent.

Prince Henry, the navigator, of Portugal established a naval school at Cadiz to improve on the construction of ships and on navigation techniques so that they could have ships that could withstand long ocean voyages to Asia, around Africa.

This is not the time and place to go into the details of that European effort of circumventing the Moslem blockade.

Suffice it to say that by 1498, a mere 45 years after the fall of Constantinople, the Portuguese, Vasco Da Gama, had rounded the Cape of Good Hope (Cape Town) and spent the Christmas of that year at Natal, that is why that area was so named, remembering the birth of Christ.

With the discovery of the sea route to the Far East by the Europeans, that is where the sad but also heroic story of Nelson Mandela and Africa begins. Initially, the Europeans came as traders, establishing refuelling and replenishment stations for their ships on the way to the Far East.

Within a few centuries, however, the traders had become the colonisers. The sad thing is that while all this was unfolding, the African chiefs and other leaders never made serious efforts to co-ordinate in order to guarantee our future as free people. Yes, various tribes fought the colonialists. However, the co-ordination was either not there or too late.

On account of internal weaknesses within Africa, therefore, by the birth of Mzee Mandela in 1918, the whole of African continent, except for Ethiopia, had been colonized. Therefore, Mandela had the misfortune of being born under colonialism like many of us were.

Various individuals reacted differently to this situation. Many acquiesced and accepted colonialism or even collaborated with it. However, a few others like Mandela, Albert Luthuli, Walter Sisulu, Oliver Tambo, etc., chose the difficult, hard route of resistance to colonialism.

That resistance invited reprisals from the oppressors. The African National Congress (ANC) people are more qualified to go into the details of that resistance by the party and the individuals that were involved. On account of our Pan-Africanist orientation, we linked up with the ANC in 1967 in Dar esSalaam.

Ever since that time, the NRM, or its precursors, have been working closely with the liberation movements of southern Africa – ZANU, ZAPU, FRELIMO, ANC, SWAPO, MPLA, etc, etc.

The resistance of all the colonized peoples in the world had benefitted from three factors: the continued resistance of those colonised peoples, the fratricidal fighting among the imperialists (the first and second World Wars); and the solidarity from the socialist countries (Soviet Union, China, etc, ever since 1917). 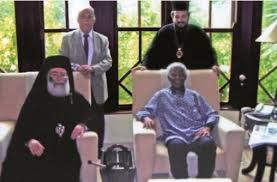 That resistance had led to some of the cleverer imperialists giving back the freedom of the people peacefully, examples being India and many of the African countries, including Uganda. However, those who were not so clever, such as Portugal and the Boers of South Africa and Rhodesia, thought they could maintain their colonial or minority and racist regimes.

It was the lot of freedom fighters like Mzee Mandela and his colleagues to sacrifice and fight those regimes. Mzee Mandela spent almost the whole of his adult life fighting for freedom, starting as a youth in the 1940s.

Even those 22 last years of his life, he was not out of danger. Did I not recently hear of South African racists that were plotting to kill him for fighting for freedom?

Didn’t Chris Hani die, shot dead, when South Africa was preparing for the first democratic elections? Chris Hani had been at Rwakitura to visit me where I tried to prevail on him not to go back to South Africa yet, but in vain.

Mzee Mandela and his colleagues in the ANC have fulfilled their mission of throwing out the oppressors. It is the duty of the present generation to immunize Africa against future colonization.

Salutations to the sacrifices and achievements of Mzee Mandela and his colleagues. 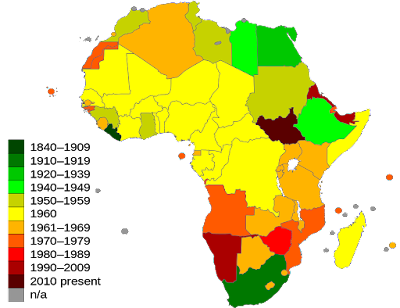