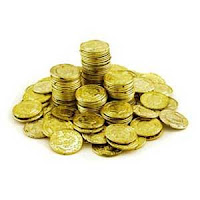 Orthodox Outlet for Dogmatic Enquiries
By the Metropolitan of Nafpaktos and Saint Vlasios, fr. Hierotheos Vlachos
Nowadays, two prominent ways of life prevail in mankind, which have been transformed into two ideologies respectively; that is, Western individualism and Eastern collectivism. In Western individualism, characterized by liberalism, an unbridled freedom of the individual prevails, along with competition which is a detrimental factor to society overall. In Eastern collectivism state dominance prevails, which undermines people’s freedom. In both instances, man is overlooked as a person, just as human society is not regarded as a society of human persons.
These two systems of living and ideological models are both made manifest in societal reality. Liberalism prevails in the West and its “headquarters” are the United States of America – the “Mecca” of globalization, while collectivism appeared in countries of the former Soviet Union, but also in countries of the Far East in general.
In both cases capital has a prominent place, except that it is differentiated in who possesses it and who manages it. In liberalism, capital ends up among the few and it moves, mostly unrestrained, along the principle of market self-adjustment. In collectivism-communism, capital is state-controlled. In both cases the average person is victimized, the difference being that he is victimized either by the oligarchy of a handful of wealthy tycoons or by an insatiable State. Capitalism thus has only a callous face to show.
The view has been expressed that capitalism is the creation of Western individualism and especially of Protestant morality, as indicated by Max Weber, and that it aspires to the accumulation of wealth by a few, while Marxism, which originated from Marx’s views, is only a reaction to capitalism and is concerned with the whole of society. Deep down however, both these systems are the offspring of the same, Western metaphysics - given that Marx was a German Jew raised in the West - however his theories, which were born in the Western “sphere”, were transfused to the East, because that was where the practice of Orthodox Christianity existed, with its principles of common ownership and communal use and could therefore be implemented.
In our day, we have become witnesses to the crumbling of both these two systems, but equally of their ideologies. In the period between 1989 and 1991, collectivism-Communism collapsed in the countries of the former Soviet Union where State power dominated over people’s social and financial lives, while in our day, we are witnessing the collapse of liberalism with its mentality of “free markets” and the market “self-adjustment”, which functions to the detriment of society overall. Of course it should be noted that the bankruptcy of Communism cannot be regarded as a vindication of Capitalism, just as the collapse of Capitalism cannot be ascribed to Communism. It is the failure of capital’s ideology, which is totally disrespectful of people’s poverty.
At any rate, both these systems are contrary to the Orthodox teaching in its perfect form, since neither liberalism nor Marxism – as ideologies and world theories – can be accepted by Orthodox Tradition, in which extensive mention is made to avoid the passion of avarice, but also about the experiencing of love towards fellow-man, especially those who are suffering. This combination of love and freedom solves the problem altogether, given that the freedom of the individual/person without the element of love will lead to unbridled liberalism, and the love of the whole minus the freedom of the individual will result in unbridled collectivism. ...

"...To return to a question raised by earlier podcasts, is capitalism compatible with Orthodox Christianity? Well, the answer is no. [...] Orthodoxy, alone, is capable of offering not only a critique of modernity, but of pointing us to real solutions..."