Silicon Savannah: We wish to benefit the people of Africa from this effort!... 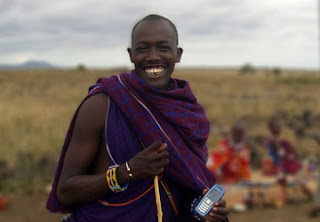 Note of our blog: The economic development of each African country is something very positive, IF the benefit from this development come back to the African people and not to the multinationals, to the neocolonialists and to the capitalists at the expense of the people.
We wish from our heart, to benefit the people of Kenya & all the Africa from this effort.

The narrative on Africa has long been led and dominated by stories of war, minerals and safaris. While most recently the narrative has shifted into a manhunt for bloodthirsty rebel leaders, a story not too distant from that of tyrannical and oppressive African leadership. Africa, you could say, has an image problem.
The African people, however, with their indomitable spirit, their tenacity and their make-do attitude continue to be part of a new chapter in history through innovation, ingenuity and information technology. Welcome to Silicon Savannah.

They call it 'Silicon Savannah': What an East African nation teaches about innovation 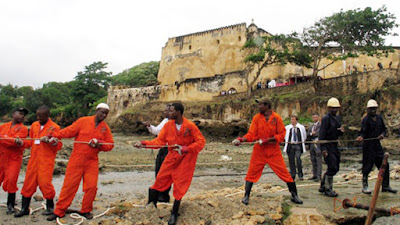 Contractors pull the fiber-optic East African Marine Cable outside the Portuguese built Fort Jesus in Mombasa, Kenya. There are at least five such cables in Kenya.( Photo/AFP/File).

KENYA’s giant mobile phone company Safaricom recently made a move that, if other technology firms in Africa follow, could have revolutionary effects. It launched a Shillings 50 million ($500,000) innovation fund.

Being in Kenya, it can fully expect that the money will be gobbled up by innovators because there are many takers in Nairobi. The way the story is told, the Kenyan capital’s meteoric rise to a global start up and innovation hub seems to have happened almost overnight. The country has in recent years got worldwide attention for churning out global innovations such as M-Pesa, the world’s most successful mobile payment system.

How did it happen though? How did a country that less than 20 years ago was struggling from the downside structural programmes, a high risk profile and weak infrastructure transform into an ideas hub and earn itself the moniker “Silicon Savannah”?

The end of the Daniel arap Moi era in 2002 and the ushering in of former President Kibaki’s government was about more than just a change of guard.

The entire platform of the newly elected coalition was economic reform. A huge part of this was large investments in infrastructure. Better roads, stable electricity and faster internet. The first internet fibre cable landed in Mombasa in July 2009 and helped lower the cost of internet in Kenya.

Four other cables have been installed since then and now it is possible to get an at home internet connection with television services for as low as $50 a month.

Kenya’s best known innovation is M-Pesa a mobile money transfer service that allows users to send and receive money on their mobile phones, in effect turning their phones into banks. The quick adoption of this technology and how easily the government was willing to listen and explore unchartered territory was a great signal to business.

Build it and we will work together so they can come. 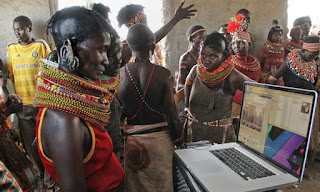 Speaking at the recent Kenya Trade and Investment Summit in Johannesburg, the CEO of  Kenya’s giant mobile phone company Safaricom, Bob Collymore, said Kenya’s success is because the country has a tradition of “allowing innovation to run ahead of regulation”.

Thus by the time even the Central Bank of Kenya moved in to regulate M-Pesa, it had been up and running for more than a year. Kenya also opened Africa’s first open data portal, without any elaborate legislation. Because laws and regulations are written around innovators have already done, it does not hobble them or limit their imagination.

This approach came about partly by accident. President Kibaki was reputed to be a hands-off leader, and became marked by that approach - he didn’t meddle until it was critical to do so.

The result is that the disruption caused by the service led to further innovations in the banking industry. It was a wakeup call for a lot of banks, which began to focus on segments of the population they previously ignored.

They made it easier for small business owners to access loans. It is now possible to move money from most bank accounts to your mobile money account. The biggest bank by customer numbers in the country, Equity bank is rolling out a similar product, Equitel that is said to threaten Safaricom’s dominance.

That is the thing about Kenya. Business here is about Darwinism. Adapt or die. It is a study in competitive advantage and how it can be snatched from right under you.

But the innovations are not just in the financial and mobile technology arenas. Only 32% of Kenya’s population has access to electricity making off grid solutions necessary.

For a time, solar lanterns that allowed you to charge your phone and light your house were a big deal. Innovative payment models were designed to allow you to pay for these lamps in instalments.

Now, a new company, Strauss Energy is offering integrated solar panels as a roofing solution. Instead of using traditional roofing tiles and adding solar panels later, they developed a solution, produced in Kenya that integrates a panel into the roofing tile.

Strauss Energy was incubated at the Kenya Climate Innovation Centre, one of the many hubs in the city that offer working space and financial support to entrepreneurs.

These hubs are some of the best places to meet aspiring businesses. KCIC provides an often overlooked funding segment for green businesses; money to show ‘proof of concept’. After showing demand and willingness of customers to pay, businesses can then reach out to other funding sources and look to scale.

That zeal for innovation is attracting money from  many corners of the world. Multiple funds are looking to invest in Kenya. One such fund is Nest VC, a venture capital firm out of Hong Kong that is expanding to Africa and using Kenya as its base. Aaron Fu, Nest’s Managing Partner for Africa says

‘We are setting up in Nairobi to participate in the city’s vibrant start up ecosystem driven by a number of factors, key to which is talent. The pace of growth of Nairobi’s quickly increasing tech talent base, driven by communities like the iHub and developer training centres like Moringa, combined with an increasingly larger population of energetic entrepreneurs, with strong experience gained from years of working with large corporates and NGOs that are headquartered in the country, present a very appealing recipe for startups that are both well engineered and have a developed understanding of the business environment.’

Nothing quite exemplifies this vibrancy more than Creative Fish, a group of young students who won the pitch competition at Nairobi Startup Weekend a few months ago. They are using Raspberry Pi, a credit card sized computer to provide educational curriculum to off grid customers with no access to an internet connection. More than just an idea, they produced a working prototype. Part of their prize will be working with Nest VC for 3 months.

But it takes more than just a good idea to run a business. The manpower required to scale ventures is very important. Due to Kenya’s relative advantages in the region; a good education system, a regional headquarter for multinationals and a very well educated returnee population with international experience, it is possible to get access to great teams. Strauss Energy for example was founded by Tony Nyagah, who previously worked at the World Bank and IBM.

Kenya has all the ingredients for the innovation secret sauce. The East African Community provides a huge customer base should local businesses look to expand. The skilled manpower exists in droves and now perhaps most importantly, the investors are starting to pay attention.