From Islam to Christianity: To our brethren who converted from Islam to Protestantism or Roman Catholicism 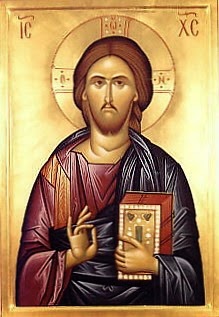 Icon from The Icon FAQ

Dear brothers and sisters,
I am writing this brief note from the depths of my heart, firstly to congratulate you for your courage to seek out the true God – our Lord Jesus Christ – but also for your courage to turn away from Islam and come to Christianity, even though you are aware that this could mean you will be facing a deadly danger.
It is my sincere hope that the Holy and True God will protect you and guide you and your families throughout your new life.
However, this note is also written in the fervent hope of informing you of something more: to invite you humbly, with love, to acquaint yourselves with the ancient and authentic, original Church, which was founded by the God-Man Jesus Christ Himself; that is, the Orthodox Church.
You may already know, or you may perhaps be hearing it for the first time, that the Christian group that calls itself “Catholic Church” was created about a thousand years after Christ, when the Pope of Rome – the spiritual father of the Christians of Western Europe (that is, the “Patriarch” of the West) – excised himself (and unfortunately all of the Christian nations in the West) from the other four Patriarchs of the original Church, who were all co-equal to him and to each other. The Pope then demanded that he become the general head of all Christians in the world and, when he didn’t succeed, then a little after 1000 years after Christ he separated himself from the rest of the original Church and created, with the help of European royalty of that time, what is nowadays called “Catholic Church” or “Roman Catholic Church”.

We Christians who have remained steadfast in the original Church – that is, the Christians of the East – refer to this religious community of the Pope more correctly as “Papism” or “Papacy”, (in other words implying the teachings and the followers of the Pope), and have been waiting for the past 1000 years for their return to the One and only, ancient and true Church, of Orthodoxy. We continue to wait, with patience and love, even though there have been cases (even in the 20th century) where the armies of the Pope’s followers have victimized our peoples (for example Serbian newmartyrs). 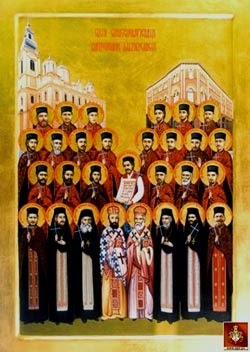 The New Martyrs of Bosnia (here)

The Orthodox Church today has nine Patriarchs:
(1) of Constantinople,
(2) of Alexandria in Egypt and all Africa (who has the title of “Pope and Patriarch” since ancient times),
(3) of Antioch in Syria,
(4) of Jerusalem
(5) of Russia
(6) of Serbia
(7) of Georgia
(8) of Rumania
(9) of Bulgaria
as well as several independent (“autocephalous”) Orthodox Churches, all co-equal to each other, which together (and individually) comprise the One, Holy, Catholic (the Greek word “catholic” means “full”, or “overall” or “universally true”) and Apostolic Church of Christ – the Body of Christ – having ONLY Jesus Christ as Her Head, and all of us Orthodox as Her members (1 Cor.12:12-27).

Given that the Papacy has (from the beginning of its existence) made itself a political power that thirsted for domination, having its own army and competing against the kings of Western Europe, many Christians fled from its clutches after 1500 A.D., and created other, new Christian groups which were referred to as “Protestants”. The main Protestant groups were the Lutherans (followers of Martin Luther) and Calvinists (followers of John Calvin), who naturally reached other extremes themselves, and made their own mistakes. Anyway, these two groups eventually splintered into other groups, then others and others, thus forming what is known today as the “Protestant area”, which contains tens of thousands of assorted groups and heresies. It is out of these groups that the so-called “Pentecostals” appeared in the USA, a little before 1900, who characteristically work themselves into a trance-like state and are convinced that they have been visited by the Holy Spirit !!...
All of the above are much more recent “versions” of Christianity, with absolutely no link to the ancient and authentic Church that the Lord had founded – which has existed throughout the ages without any interruption and continues to exist unchanged to this day and is (as mentioned earlier) the Orthodox Church.
In the Papacy and in Protestantism there have been several important researchers who sought the authentic form of Christianity, only to discover that it has been preserved by the Orthodox Church. Many of them even found the courage to become Orthodox Christians themselves, to tread on the sure and safe path of salvation, within the Holy Body of Christ.
Some of these examples are fr. Placide Deseille, the bishop and New-Martyr of Mexico Paul de Ballester-Convallier, professor fr. Gabriel Bunge, professor Jean-Claude Larchet, professor and bishop Kallistos Ware, philosopher and hieromonk Seraphim Rose, fr. Peter Gillquist, Matthew Gallatin, Klaus Kenneth and many others.

Without the need to feel obligated, you might like to research several sources - with a free conscience – where you will find an abundance of information on the Orthodox Church.

You could browse through the following sources:
The books of the bishops Hierotheos Vlachos, Kallistos Ware and Anthony Bloom and elder Sophrony of Essex, and websites like these:
Fr. Anthony Alevizopoulos, Th.D., Ph.D, THE ORTHODOX CHURCH – Its Faith, Worship and Life.
Orthodoxy's Worship, by Protopresbyter Fr. George Metallinos, Dean of the Athens University School of Theology.
BASIC DOGMATIC TEACHING – An Orthodox Handbook, by Protopresbyter Fr. Anthony Alevizopoulos.
Live beyond limits

The Orthodox Christian sentiment regarding the persecutions of Christians by Islamists

You might note that throughout the 20th century, millions of Orthodox Christians have suffered exiles, incarcerations, torture or even death for their faith in Jesus Christ (thus becoming martyrs and saints, many of whom are miracle-workers even after their physical death), by having stood up to inhuman and anti-Christian regimes. Some examples:
Russia: here
Romania: here
Albania: here

I would like to thank you and to congratulate you once again, and I pray to God that we will one day welcome you into Christ’s holy Orthodox Church – the Church of Saints – if of course your research leads you here.


From Islam to Christianity: Saints in the Way to the Lihgt
Apostle Paul, the Christian equivalent to Mohammed
The Penalties for Apostasy in Islam


A Mysterious Mass Conversion From Islam to Christianity in Georgia
Many Muslims Baptized After the Death of Fr. Daniel Sisoev
Muslim Economist of Noble Lineage Baptized Orthodox Christian in Montenegro

Grace and “the Inverted Pyramid”
The holy anarchists... in the Egyptian Desert
Protestants ask: Why be Orthodox?
African Orthodox Saints (tag)
Ancient Christian faith (Orthodox Church) in Africa
The Orthodox Church of Alexandria & the Patriarchate of Alexandria
Orthodox Mission in Tropical Africa (& the Decolonization of Africa)
African Initiated Churches in Search of Orthodoxy...
"THE WAY" - An Introduction to the Orthodox Faith
Theosis (deification): The True Purpose of Human Life