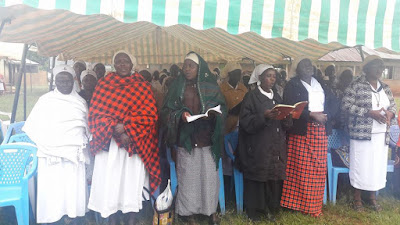 "The true mothers of the church" (photo from here) 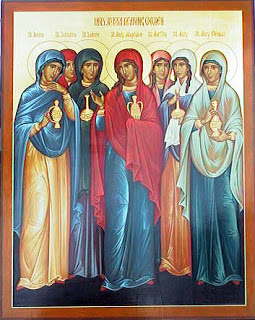 The third Sunday of Holy Pascha is observed by the Orthodox Church as the Sunday of the Holy Myrrhbearers. The day commemorates when the women disciples of our Lord came to the tomb to anoint his body with myrrh-oils but found the tomb empty. As the woman wondered what this meant, angels appeared proclaiming that Christ had risen from the dead.

About the beginning of His thirty-second year, when the Lord Jesus was going throughout Galilee, preaching and working miracles, many women who had received of His beneficence left their own homeland and from then on followed after Him. They ministered unto Him out of their own possessions, even until His crucifixion and entombment; and afterwards, neither losing faith in Him after His death, nor fearing the wrath of the Jewish rulers, they came to His sepulcher, bearing the myrrh-oils they had prepared to anoint His body. It is because of the myrrh-oils that these God-loving women brought to the tomb of Jesus that they are called Myrrh-bearers.
Of those whose names are known are the following: first of all, the most holy Virgin Mary, who in Matthew 27:56 and Mark 15:40 is called "the mother of James and Joses" (these are the sons of Joseph by a previous marriage, and she was therefore their step-mother); Mary Magdalene (celebrated July 22); Mary, the wife of Clopas; Joanna, wife of Chouza, a steward of Herod Antipas; Salome, the mother of the sons of Zebedee; Mary and Martha, the sisters of Lazarus; and Susanna. As for the names of the rest of them, the evangelists have kept silence (Matthew 217:55-56; 28:1-10. Mark 15:40-41. 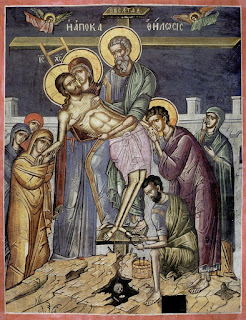 Luke 8:1-3; 23:55-24:11, 22-24. John 19:25; 20:11-18. Acts 1:14.) Together with them we celebrate also the secret disciples of the Savior, Joseph and Nicodemus. Of these, Nicodemus was probably a Jerusalemite, a prominent leader among the Jews and of the order of the Pharisees, learned in the Law and instructed in the Holy Scriptures. He had believed in Christ when, at the beginning of our Savior's preaching of salvation, he came to Him by night. Furthermore, he brought some one hundred pounds of myrrh-oils and an aromatic mixture of aloes and spices out of reverence for the divine Teacher (John 19:39). Joseph, who was from the city of Arimathea, was a wealthy and noble man, and one of the counselors who were in Jerusalem. He went bodly unto Pilate and asked for the body of Jesus, and together with Nicodemus he gave Him burial. Since time did not permit the preparation of another tomb, he placed the Lord's body in his own tomb which was hewn out of rock, as the Evangelist says (Matthew 27:60).

Icon of the Sunday of the Holy Myrrhbearers 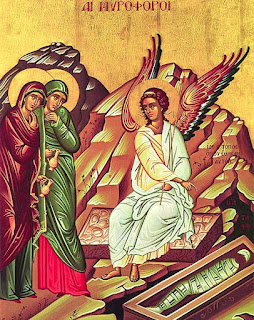 The icon of the Sunday of the Holy Myrrhbearers depicts the biblical story of the women arriving at the tomb to anoint the body of Christ. The angel is seated upon the stone that covered the tomb, and he is pointing to the empty garments showing that Christ has risen from the dead.

The Sunday of the Holy Myrrhbearers is celebrated with the Divine Liturgy of Saint John Chrysostom. On this Sunday and throughout the Paschal period until the Apodosis or leave-taking of Pascha, the day before the Feast of the Ascension, the services begin with the chanting of the troparion of Pascha, "Christ is risen..."
Scripture readings for the feast are the following: At Orthros: Luke 24:1-12; At the Divine Liturgy: Acts 6:1-7 and Mark 15:43-16:8.

Hymns of The Feast

When You did descend unto death, O Life Immortal, then did You slay Hades with the lightening of Your Divinity. And when You did also raise the dead out of the nethermost depths, all the power in the Heavens cried out: O Life-giver, Christ our God, glory be to You. Glory to the Father, and to the Son, and to the Holy Spirit. The noble Joseph, taking Your immaculate body down from the Tree, and having wrapped it in pure linen and spices, laid it for burial in a new tomb. But on the third day You did arise, O Lord, granting great mercy to the world. Now and forever, and unto the ages of ages. Amen. Unto the myrrh-bearing women did the Angel cry out as he stood by the grave: Myrrh-oils are meet for the dead, but Christ has proved to be a stranger to corruption. But cry out: The Lord is risen, granting great mercy to the world.

When You did cry, Rejoice, unto the Myrrh-bearers, You did make the lamentation of Eve the first mother to cease by Your Resurrection, O Christ God. And You did bid Your Apostles to preach: The Savior is risen from the grave.


Icon of the Myrrhbearning Women provided by Theologic and used with permission.

From here: With the blessings of H. G. Bishop Athanasius of Kisumu I hereby announce the Diocesan mothers Seminor that will be held in kakamega Vicarage Bukura from 26th -30th April 2017.
THEME: Let your light so shine before men that they may see your good works and glorify your father in heaven. Matthew 5:16. We shall have facilitator from within and U.S.A. Welcome all. 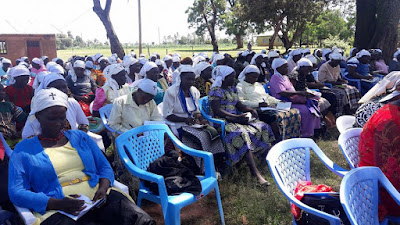 The mothers Seminor at Bukura is still on the turn up was so great that they could not take sessions in the hall rather in the field and tents .So wonderful and encouraging. Many years your Grace for your spiritual guidance to the mothers [from here]. 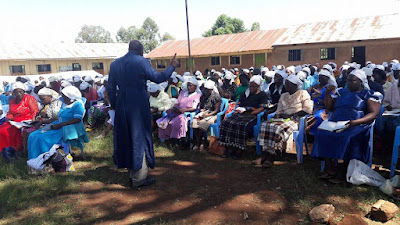 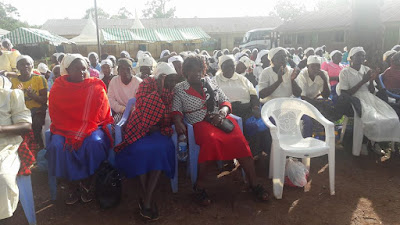 The 3rd day of the mothers Seminor in Kakamega. It has been a great fun and spiritual warfare. Blessed mothers [from here]. 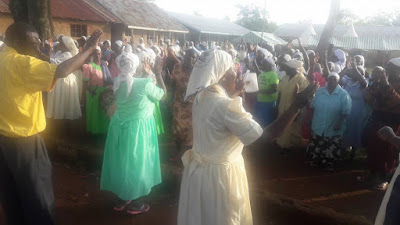 
Today (Sunday of the Holy Myrrhbearers 2017, April 30) being the last Day of the mothers Seminor in Kakamega it was all amazing. The true mothers of the church. Had wonderful facilitators and committed Rev. Frs with the blessings of H. G.Bishop Athanasius of Kisumu. All was success [from here]. 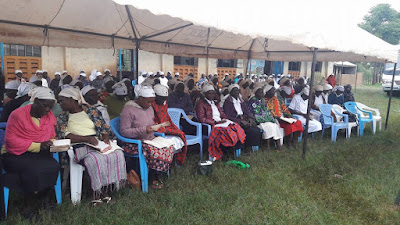 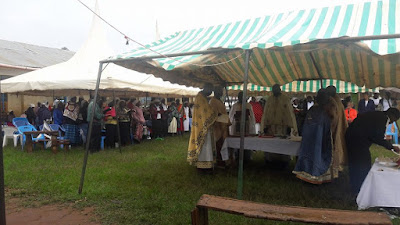 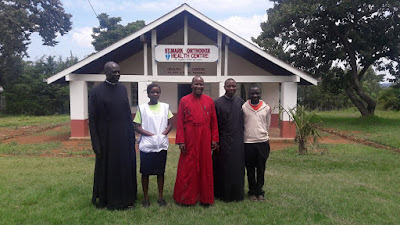 Bishop Athanasius of Kisumu in St. Mark Orthodox Health Centre with him is the Nurse. On 19th April 2017 (here).

The African Woman & the role of Woman in Orthodox Church: she must become the light of the world
“Christ is the hope of the Africans” : A spiritual Odyssey in Tanzania
Mother of God (Virgin Mary), Orthodox Church and African peoples
Male and Female Created He Them
Orthodox Women Saints
Union of Orthodox Church Mothers in Uganda
When the Orthodox Church celebrates pregnancy...

Oppression of Women in Africa
The Worst Place to Be a Woman!...
African Women (tag)