The White Shantytowns Of South Africa 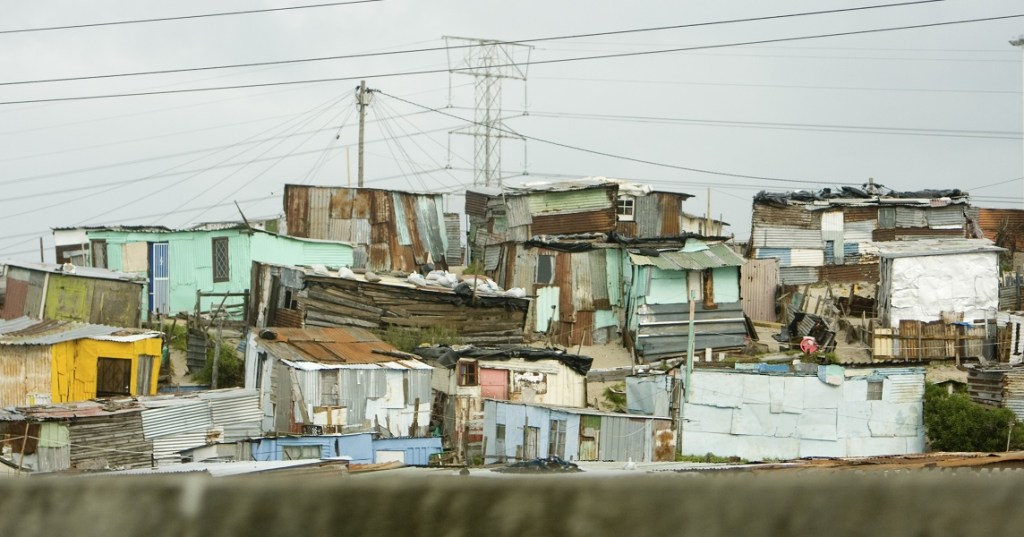 “Do you think, because I am poor, obscure, plain and little, I am soulless and heartless? You think wrong! I have as much soul as you, and full as much heart!” —Charlotte Bronte, Jane Eyre

South Africa has long been plagued by poverty. Across the nation, millions of citizens are forced to live in shantytowns and decrepit slums, a hangover from the enforced inequalities of the apartheid era. But while the majority of South Africa’s poor are black people, a completely new class has emerged since the seismic social shifts of 1994—formerly well-off white people who now eke out an existence in grinding poverty.

When Nelson Mandela was elected president of South Africa in 1994, there was widespread hope that his government would wash away the extreme poverty and despair faced by millions of his countrymen. Unfortunately, a huge percentage of black South Africans continue to live below the breadline—only now they’re being joined by their white neighbors, too. It’s estimated that around 100,000 Afrikaners (descended from Dutch settlers) are currently camped out in shantytowns, trapped in dire poverty.
One of the most infamous of these is Coronation Park. In 1994, it was a getaway spot for wealthy whites wishing to escape the city. Today it’s a decaying slum: a wasteland of unemployment, malnutrition, and hopelessness. Families live in tents or broken shacks and rely on food hand-outs to survive. Drugs are a problem and the massive inequalities have given rise to an undercurrent of extreme racism in some parts of the park.
Although not as numerous as the country’s infamous townships, dozens of white camps like Coronation Park now exist across the country, each with their own unsolvable problems. Prior to the end of apartheid, South Africa had a system of guaranteed jobs, housing, and subsides for poor white citizens. With the end of minority rule, maintaining these subsidies became both immoral and logistically impossible. The result was a growing number of whites with no jobs, no backup, and no safety net. In 2008, then-presidential candidate Jacob Zuma visited another settlement at Bethlehem and expressed astonishment at the sheer number of whites living below the breadline.
Now, obviously these settlements need to be seen in a historical context. The number of black South Africans living in similarly impoverished conditions is huge, with the added downside that they were just as poor prior to 1994. That whites are now also penniless is an unfortunate side effect of bringing equality to millions.

Show Me The Proof


Shanty Town for a unique accommodation experience in Bloemfontein