How Zimbabwe's poor became so desperate, some are digging up graves for sand ! (2015)

Digging up graves to get sand and gravel for reselling - dubbed "sand poaching" - has been happening since last year, the Bulawayo city council says in a report 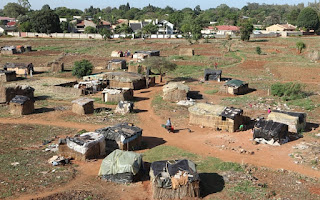 By Peta Thornycroft, Johannesburg
Telegraph, 11 May 2015

Poverty in Zimbabwe has become so desperate, many are digging up graves to extract pit sand and gravel for resale in the country’s second city, Bulawayo, the council has said.
City council officials described the crime as “sand poaching” at Bulawayo’s Hyde Park cemetery and said the night-time raids on graves was “abominable”.
The illegal excavations regularly exposed coffins and the council said the thieves are selling the sand and stone from graves to people building small homes in Pumula, a poor suburb near the cemetery.
Zanele Hwalima, Bulawayo’s health director, said in the latest report to the city council that “sand poaching” began last year: “What was particularly disturbing was that although we have requested for soil – to refill the graves, the thieves had come and carted away this soil again."
The council agreed that the 'sand poachers' behaviour was “abominable and showed disrespect to the dead”.
Zimbabweans are now poorer then at any time in the past, according to economist John Robertson. “I am not surprised to hear people are digging up graves in Bulawayo.
"The economy has never been closer to the edge then now, and Bulawayo has been particularly hard hit.” 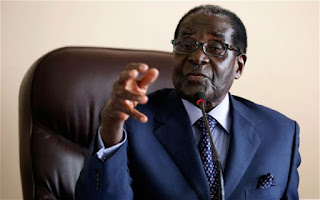 He said that Zimbabwe needs to import food this year (2015) after a poor rainy season and it was not clear how President Robert Mugabe’s government would finance imports.
The Famine Early Warning System Network (FEWSNET), financed by US AID, said last week that Zimbabwe had only grown half the maize it needed to feed the population until the next harvest in 2016.
The International Monetary Fund, which says it cannot lend money to Zimbabwe until it pays its debt, said last month that the economy was “precarious” and was not improving despite the impact of the lower oil price.
“We have never been so hard up as now. Our retail sales drop every month,” said the manager of a major Harare supermarket company who asked not to be named.
“We are seeing increasing poverty and I keep on noticing real hunger in the streets of Harare. Can you imagine what it is like in some of the rural areas where drought was particularly bad and almost no maize survived last season?”

LIVE, BEYOND THE LIMITS!
The Way - An introduction to the Orthodox Faith
Theosis (deification): The True Purpose of Human Life