Patriarchate of Alexandria
On 11th December 2016 during the Patriarchal Divine Liturgy, H.B. Pope and Patriarch of Alexandria and all Africa, having been informed of the abhorrent bombing in Cairo, immediately declared his support of the Coptic Church and made the following statement to the media:
"We here in Egypt, live in peace, Christians and Muslims. This coexistence between the two religions is a good example to be followed by the entire world. We condemn the perpetrators of this blind attack against the faithful people of God. I personally express my fervent condolences as well as those of all of the Second Throne Patriarchate of the Ancient Patriarchate of Alexandria to Patriarch Twandors II, Patriarch of the Coptic Church". 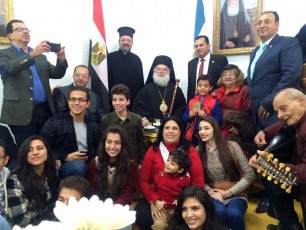