Sometimes a letter can change someone’s life. That’s the premise of Write for Rights, Amnesty’s global letter-writing campaign. Today, it’s one of the world’s biggest human rights events.
Every December, Amnesty supporters across the globe will write millions of letters for those whose basic human rights are being attacked. They are people like you, continuing a long tradition of writing letters to right some of the world’s biggest wrongs.
And it’s not just letters – it could be petitions, emails, Tweets, Facebook posts, photos, postcards. Your words really can change lives. Join us.

Write for their rights today

Tell the Public Prosecutor of Egypt:
Drop all charges against Shawkan and free him immediately

Support Eren Keskin
Tell Turkey’s Minister of Justice:
Don't jail Eren. Her only crime was to speak out against injustice.

Support Zeynab Jalalian
Tell the Head of the Judiciary in Iran:
Give Zeynab the urgent medical care she needs

Support Johan Teterissa
Tell the President of Indonesia:
Free Johan now. He was jailed for 15 years just for waving a flag

Your words make a difference

Why do we need to take action?


In country after country, people’s freedom – to speak out against injustice, to live on their ancestral lands, to not be discriminated against – is under threat. Our letters, words and actions will put pressure on authorities to take immediate action, so thatthose who abuse and torture will be brought to justice. And those unjustly imprisoned will taste freedom onceagain.

Who do we write to?

Every year, we ask supporters to write two letters. One is to the person in authority – it could be a king, president or head of police – who can help make change happen. And the other letter is to the person (or group of people) we are fighting for, so they know we will never forget them.

Yes! Every year, real change happens because of your letters and actions. People wrongfully imprisoned are released. Torturers are brought to justice. And people in prison are treated more humanely.

Write a letter, change a life 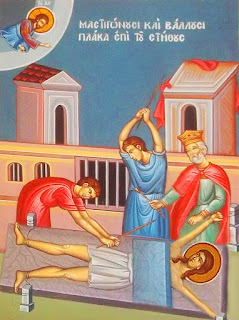 Activists in more than 200 countries and territories write millions of letters, emails, tweets and petitions…
…for people who’ve been tortured, denied refuge, locked up for speaking out…