"...In order to provide educational opportunities to Kenyan children, the Orthodox Mission admits to its schools every child regardless of their religious affiliation. In this way, she is able to cultivate the spirit of selfless love in their hearts. In Nandi county, an Orthodox church is built next to the primary school. Every week, according to the curriculum of the Kenyan Ministry of Education, the Divine Liturgy is conducted and attended by all children, Christians and non-Christians..." (from here) 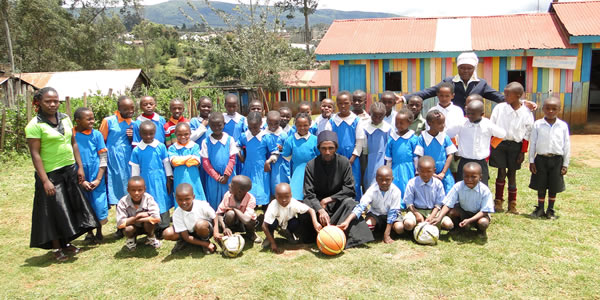 St Barnabas Orthodox Missions Kenya is a child-advocacy ministry that pairs able people with those who are suffering from poverty. The organization helps the needy from spiritual, economic, social, and physical poverty. The goal is for the needy to become responsible and fulfilled Kenyan citizen. We have worked since the year 2008 and have grown from modest beginnings when a local Priest. Kenyan Priest. JM Kariuki felt compelled to help 13 kids orphaned in Njabini Kenya. Today we have well over 300 children who have benefited from the project and are now reaping the benefits of one man’s clear, God-given vision. 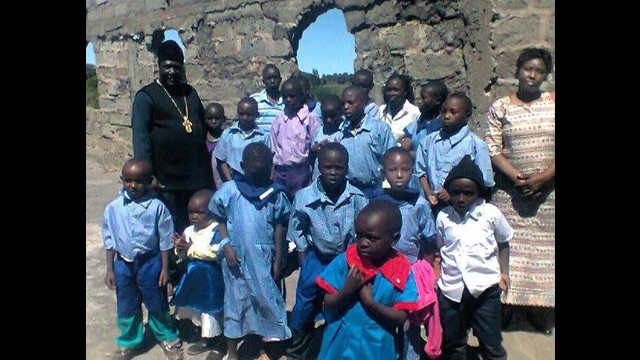 The St. Nicholas Uganda Children's Fund was founded in 2005 by Peter and Sharon Georges. They began paying school tuition for three orphans while they were working as Orthodox missionaries in 2003 and within two years the number of children they were assisting had grown to more than fifty. Now in its eleventh year, the Children's Fund is supporting over 240 children in school and provides additional assistance to needy families.
As the number of sponsored children increased and Sharon and Peter became more involved with the children's education, they realized that the need was greater than school fees, uniforms, lunches and books. Miserable living conditions seriously affect a child's ability to learn as well as jeopardize his or her general health. In response, their assistance to struggling families became more extensive: improved living quarters, beds, mattresses, sheets, blankets, mosquito nets, shoes, food staples, and health care.
Today, students are being sponsored in primary and secondary school, vocational and professional training, and university. Peter and Sharon are assisted by their Ugandan staff, Frank and Agnes, and together the four of them nurture the children with love, advice, and discipline. Young people who once had no hope, now have the opportunity to become honest and productive citizens, breaking the cycle of poverty and dependence that they were born into.
The St. Nicholas Uganda Children's Fund was incorporated as a non-profit organization in the U.S. in 2007 and as an NGO in Uganda in 2008. Peter and Sharon devote themselves full-time to this ministry without financial compensation.

Christian missions involve sending individuals or groups, who termed “missionaries,” across borders and geographical boundaries, for the purpose of proselytism (conversion to Christianity) and catechism. This involves evangelism and humanitarian work,especially among the poor and disadvantaged.
Fr Themi’s Orthodox mission is such a mission, simply for helping people in need.
Once a rock star, atheist, marxist, an intellectual & scholar; religion to him, was for the uneducated and old ladies, a superstition to keep the masses under control; yet when the Son of God, Jesus Christ called, nothing could stop him following the words “Sell everything you have, give it to the poor and come and follow me”.
Today Fr Themi has dedicated his whole latter life to missionary work with the authority to preach the Christian faith and administer the Orthodox sacraments: to provide humanitarian work, to improve economic development, literacy, εκπαίδευση, health care, and orphanages:
His Orthodox Church doctrine is Christ’s own, a “Doctrine of Love & Forgiveness” giving aid without requiring conversion or anything in return.
Without any income except from a few hundred individuals; from a few small charity organisations; he treads where others fear to go, lives without luxury or excess and cares only to help the poor.