Bombing targets police checkpoint not far from site of suicide attack on Thursday that killed eight people, outside presidential palace in Aden 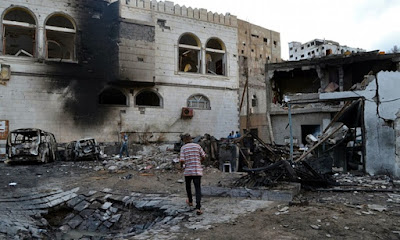 A suicide bombing killed seven people and wounded seven others on Friday night in Aden – the second deadly attack in as many days in Yemen’s second city, medics and security sources said.
The bombing targeted a police checkpoint not far from the site of a suicide attack on Thursday that killed eight people, including soldiers and civilians, outside the presidential palace in the city, the sources said.
A hospital spokesman confirmed that seven people were killed in Friday’s bombing.
There was no immediate claim of responsiblity for the attack but the Islamic State group said it was responsible for Thursday’s bombing.
Al-Qaida and Isis both have a presence in Aden, where jihadists occupy government buildings and are seen patrolling several districts and intimidating civilians.
They have claimed a string of attacks and assassinations in recent months.
President Abedrabbo Mansour Hadi was in the palace at the time of Thursday’s attack but unharmed, a government official said.
Aden has become the temporary headquarters of Hadi’s government as it battles to retake large parts of Yemen from Shia Houthi rebels.
Hadi fled to Aden after escaping house arrest in the capital, Sanaa, which was overran by the Houthis in September 2014. The rebels then moved south, forcing Hadi to flee in March to Riyadh.
Hadi loyalists backed by Saudi-led airstrikes recaptured the port city of Aden but they are still battling to retake other provinces and push toward the rebel-held capital.
The United Nations says more than 5,800 people have been killed in the impoverished Arabian Peninsula state, about half of them civilians, since the coalition air campaign was launched 10 months ago. 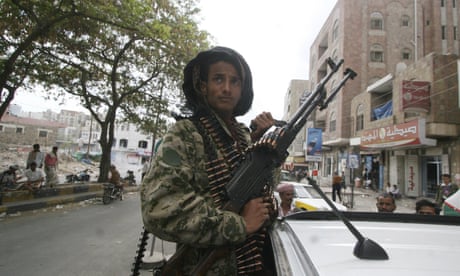