What do we mean by “Fathers of the Church”?

Some of the Fathers
We could briefly list here a number of Fathers of the Church who come to mind:
Apostolic Fathers (1st century) : Clement of Rome, Ignatius the God-bearer, Polycarp of Smyrna.
Apologetes (2nd century) : Saint Justin the philosopher and martyr, Athenagoras the Athenian philosopher, Kodratus Bishop of Athens, Theophilos of Antioch e.a..
Pursuant Fathers: 2nd century: Irenaeus of Lyon, 3rd century: Dionysios or Rome, Dionysios of Alexandria, Cyprian of Carthage e.a., 4th century: Athanasius the Great, Basil the Great, Gregory the Theologian, Gregory of Nyssa, Ambrose of Milan, Martin of Tours, 4th-5th centuries: John the Chrysostom, the blessed Augustine, Cyril of Alexandria; 6th century: Dionysus the Areopagite, Leontius the Byzantine; 7th century: Maximus the Confessor, Isaac of Syria, 8th century: John of Damascus, Boniface of Germany; 9th century: Theodore the Studite, Photios the Great… 14th century: Gregory Palamas, 15th century: Mark of Ephesus, e.a…..
Particular groups of Fathers
A particular group of Fathers of the Church is one that pertains to those who did not leave any written works behind them, but had contributed towards the formulation of Orthodox theology, through their participation in local Synods, and especially in Ecumenical ones; such were the major saints of the 1st Ecumenical Synod, Spyridon and Nicholas. The Fathers of Ecumenical Synods are generally honoured “en masse” as saints, given that it was NOT on the basis of political interests and imperial directions that they formulated the terms and the teachings of the Synods, but through the enlightenment of the Holy Spirit.
Then there are the Neptic Fathers (that is, the teachers of “nepsis” – the Orthodox “science of ascetic living” – although all the Fathers are also neptic): Macarius the Egyptian (4th century, Cassian the Roman, Benedict of Noursia, Diadochus of Fotiki, John of Sinai (author of the ‘Ladder’, 6th century), Symeon the New Theologian (10th – 11th centuries), Gregory of Sinai, Niketas Stethatos (11th century, Nicholas Kavasilas, Nicephoros the Recluse, etc… (refer to the monumental works “Philokalia of the sacred Neptics”, which the holy Fathers Makarius Notaras and Nicodemus of the Holy Mountain had composed during the Turkish occupation and the Russian Father Paisius Velitkovsky had translated into Russian).
Another particular group of Fathers of the Church are the Hymnography Fathers: for example, saints Romanos the Melodist (the Salutations to the Theotokos e.a. and especially numerous other kontakia), Ephraim the Syrian (in Syrian), Andrew of Crete (the “Major Canon”), John of Damascus (the canon for the night of Easter e.a.), Kosmas the Melodist (the Canon for Christmas e.a.), Joseph the Hymnographer (innumerable canons), Theophanes and Theodore the Branded (they are called thus, because their foreheads were branded with a red-hot iron during the Iconomachy period), Theodore the Studite, Cassiane the Hymnographer (the “troparion of Cassiane” – glorification hymn chanted on Tuesday of Easter Week, also a section of the canon of Good Friday, e.a.) and many others. A contemporary hymnographer-Father was the blessed elder Gerasimos of the Holy Mountain, from the Minor Scete of Saint Anne).
There are also the Fathers of the Desert, who are hermits and monks. Some of them we have already mentioned [see The holy anarchists... in the Egyptian Desert]. Let us note a few more. It should be noted that most of them were simple monks, without any ecclesiastic “rank” – not even priests. Furthermore, many of them did not leave any written texts; however, their verbal teachings as well as their way of life (which was quite possibly even more important than their words) have been recorded by other Fathers in collective works such as the “Lausaikon” by saint Palladius of Helenoupolis, the “Leimonarion” by saint John Moschou, the “Patristic Maxims”, etc…
Older Fathers: Anthony the Great (the «professor of the desert»), Pachum the Great, Sisoe the Great, Poemen the Great, Arsenius the Great, Pafnut the Great, Nilus, Daniel of the Scete, Pitirum, Zosimas, John the Persian, Ammonius, John Kolovos, Theodore of Ferme, Abraham the Iberian, Moses the Ethiopian «of the robbers» (=a former robber), Sarmatas, Pambo, Biare, Onupher the Egyptian, Pior, Apfy, Mark the Athenian, Theodosios, Head of the Coenobium, and many others.
Recent Fathers:
Russian: Serge of Radonez, Seraphim of Sarov («find peace, and thousands of people will find peace alongside you»), Agapetos the Healer, Alexander of Svir, Cyril of the White Lake, Nicodemus of Lake Koza, John “of many feats”, Job of Potsaev, Nilus of Sorsky, the Elders of Optina (Anatolios, Joseph, Ambrose, Moses, Varsanuf, Nectarios, e.a.), Seraphim of Viritsa and many others (for these, see works such as the “Paterikon of the Caves of Kiev”, “The Thebais of the North” e.a.) 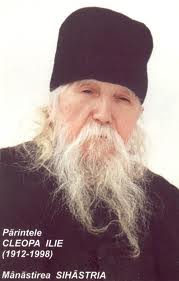 Mothers of the Church
Aside from the Fathers, there are also the holy Mothers of the Church, who belong mainly to the last mentioned group, i.e. of the teachers who did not write anything themselves but whose way of life and words were recorded and handed down to us by others. Among the hundreds of major women-teachers of Orthodoxy were the following:
Notes
1 The ‘ranks’ of Christian priesthood are three: Deacon, Presbyter and Bishop. Albeit most of the Fathers of the Church bore the rank of Bishop, there have been Fathers with only the rank of Deacon (e.g. Ephraim the Syrian –he wrote in Syrian- and of Presbyter (e.g. John of Damascus) or even ordinary monks.
2 The definition is by professor G.Zografides, “Byzantine Philosophy” and “Hellenic Philosophy”. For more detail see “Patrologia A” by Stylianos Papadopoulos - Introduction – 2nd and 3rd centuries, Athens 1977, Introduction.
3 As above mentioned work by Styl. Papadopoulos, Introduction.
See also
Essays about Orthodoxy
Αναρτήθηκε από ΝΕΚΡΟΣ ΓΙΑ ΤΟΝ ΚΟΣΜΟ στις 3:24 π.μ.