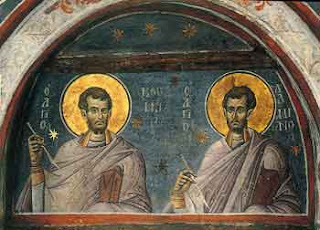 “We hold these truths to be self-evident…” so said the framers of the US Declaration of Independence. And some of their fellow countrymen seem even today to hold certain beliefs as self-evident truths.
Here’s one I came across the other day:
Universal healthcare is theft

from A conservative blog for peace

Now it could be argued that such a statement should not be taken at face value; that behind it lie arguments with lots of subtle nuances and so on.
But in my experience many Americans do seem to take such statements at face value. They treat them as statements of principle, setting out the attitudes with which one approaches a debate. It is held by many as an axiom, a self-evident truth.
For some, universal health care might be an aim, an ideal, a desirable goal. It might be a sort of daydream, a “wouldn’t it be nice if” kind of thought. This is the thought that it might be nice if health care was available to all people.
And one might say of such a thought or goal or aspiration, that, desirable as it is, it is impractical, that there are too many obstacles to its achievement, and so on.
But this statement does not make such criticisms of that goal. It does not say that the goal of universal health care is impractical or too difficult to achieve. It says quite flatly that it is undesirable and immoral. It is, according to this view, wrong to want everyone to be healthy.
The underlying value system of the statement that “Universal health care is theft” is that profits are more important than people, and that money is the highest value, to be loved above all else. And whatever the origins of such a value system may be, it is not Christian. In fact from a Christian point of view the statement “universal health care is theft” is an indication of gross moral turpitude.
The statement “universal health care is theft” is not an expression of Christian values, but precisely the opposite. From a Christian point of view, one could say that what is theft is not universal health care, but the lack of it.
As St John Chrysostom says, in a sermon on the parable of the rich man and Lazarus (Luke 16:19-31)


“See the man,” He says, “and his works: indeed this also is theft, not to share one’s possessions.” Perhaps this statement seems surprising to you, but do not be surprised. I shall bring you testimony from the divine Scriptures, saying that not only the theft of others’ goods but also the failure to share one’s own goods with others is theft and swindle and defraudation. What is this testimony? Accusing the Jews by the prophet, God says, “The earth has brought forth her increase, and you have not brought forth your tithes; but the theft of the poor is in your houses.” Since you have not given the accustomes offerings, He says, you have stolen the goods of the poor. He says this to show that they hold the goods of the poor even if they have inherited them from their fathers or no matter how they have gathered their wealth. And elsewhere Scripture says, “Deprive not the poor of his living.” To deprive is to take what belongs to another; for it is called deprivation when we take and keep what belongs to others. By this we are taight that when we do not show mercy, we will be punished like those who steal. For our money is the Lord’s, however we may have gathered it. If we provide for those in need, we shall obtain great plenty. This is why God has allowed you to have more: not for you to waste on prostittutes, drink, fancy food, expensive clothes, and all the other kinds of indolence, but for you to distribute to those in need. Just as an official in the imperial treasury, where he neglects to distribute where he is ordered, but spends instead for his own indolence, pays the penalty and is put to death, so also the rich man is a kind of steward of the money which is owed for distribution to the poor. He is directed to distribute it to his fellow servants who are in want. So if he spends more on himself than his need requires, he will pay the harshest penalty hereafter. For his own goods are not his own, but belong to his fellow servants (St John Chrysostom, On wealth and poverty: sermons on the parable of the rich man and Lazarus Luke 16:19-31)

So not only is universal health care right, but it is right to fund it out of taxes (“tithes”). 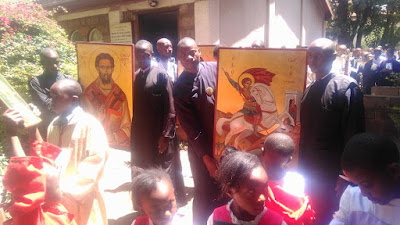 And the failure to do this is not merely not theft, but it is itself the worst kind of wickedness, as St John Chrysostom says:


This cruelty is the worst kind of wickedness; it is an inhumanity without rival. For it is not the same thing for one who lives in poverty not to help those in need, as for one who enjoys such luxury to neglect others who are wasting away with hunger.

The rich man in the parable would no doubt have agreed with the statement that “universal health care is theft”, but he could not even offer minimal health care to Lazarus, the chronically-ill man whom he saw every time he went in and out of his estate.
Most of us fail to live truly evangelical lives, according to the gospel. We all tend to grasp what we have and to fail to share with the poor and the sick. But, says St John Chrysostom, even approving the patience of the poor man and abhorring the cruelty and inhumanity of the rich man is a start. “These are no small indications of a virtuous disposition. For even if we do not seek virtue, but at least praise it, we shall perhaps be able to attain it; and even if we do not avoid evil, but at least censure it, we shall perhaps be able to escape it.” But if we regard the statement that “universal health care is theft” as a self-evident truth, then we censure virtue and praise evil, and that is why the statement is an indication of the greatest moral turpitude.
___________
This post is now part of a synchroblog on Christian approaches to health care
Here are links to the other posts in the synchroblog:
I also have some other posts on the topic, with more links, as follow-ups to some of the comments on this one: