"The Looting Machine": If Africa Is So Rich, Why Is It So Poor? 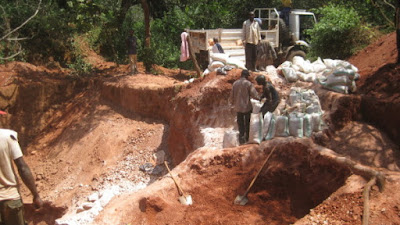 Mining of coltan, a key element in cellphones, in the Democratic Republic of the Congo. RESPONSIBLE SOURCING NETWORK

They call it the Curse of Riches.
Although the African continent is blessed with gold, diamonds, oil, coltan, bauxite, uranium, iron ore and other valuable resources, its inhabitants have long numbered among the world’s poorest. While a few sub-Saharan African nations are doing relatively well, most are mired in poverty.

That a continent’s abundant natural resources can in so many cases have so little effect on its people’s quality of life over so many years is one of the great mysteries surrounding the grouping of 49 nations located south of the Sahara desert.
It is particularly vexing to the many international organizations, foreign governments and private groups that have been trying since the era of independence to promote regional development, food production, education, better housing, health care, improved infrastructure, jobs and economic growth. Although more than five decades have passed since the end of colonial times, African governments often still appear clueless when it comes to lifting their people from extreme poverty. Change can seem impossible.
Everyone seems to have a pet explanation for this tragic phenomenon, citing pervasive corruption, dysfunctional democratic institutions and justice systems, greedy multinational corporations, shady local and international elites, incompetent or ineffective international aid agencies, resource wars waged by domestic militias as well as outside armies and the vestiges of colonialism — or the advent of a new type of colonialism driven by players like China and Israel. 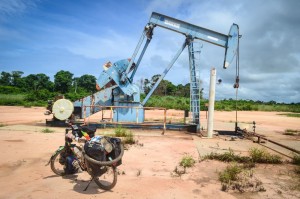 Tom Burgis, a journalist who covered Africa for the Financial Times for six years, makes a strong case for all these causes in his new book, “The Looting Machine: Warlords, Oligarchs, Corporations, Smugglers, and the Theft of Africa’s Wealth.” Burgis goes a step farther, arguing that each of us bears responsibility for this sorry situation every time we thoughtlessly fill our cars with gas, buy a gold or a diamond wedding ring, sip a fizzy drink in an aluminum can or use a cellphone.
In reporting on the subcontinent’s inner workings, “I started to see the thread that connects a massacre in a remote African village with the pleasures and comforts that we in the richer parts of the world enjoy. It weaves through the globalized economy, from war zones to the pinnacles of power and wealth in New York, Hong Kong, and London,” he writes in an author’s note, describing his desire to try to “follow that thread.”

The book shows great ambition, laying out the individual strands of the warp and woof of a huge tapestry of disparate individuals and business entities around the world systematically looting sub-Saharan Africa. Unfortunately, its disclosures are often mind-numbingly difficult to process because of the density of the material and its tendency to jump in a seemingly random fashion from country to country, shady individual to shady individual and shell corporation to shell corporation, searching for meaningful connections.
At its most eye-opening, the book describes the secret links from, say, a state-owned Chinese oil company to an obscure Chinese businessman with seven different names to a shell corporation to a second shell corporation to a major international investment firm to a close buddy of an African president. While the details are fascinating, the countries where Burgis turns up the most outrageous connections are sadly unsurprising. They are the ones you know in your gut are starving their people while enriching long chains of corporate giants, foreign government officials, secretive investment vehicles, local African officials and their business partners, friends and relatives.
Think Angola, the Democratic Republic of the Congo, Nigeria, Zimbabwe and Equatorial Guinea, among others. Two of those countries, Angola and Nigeria, are currently sitting on the United Nations Security Council. 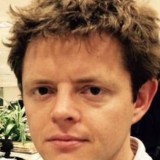 What are we supposed to do about this? Burgis offers no easy answers apart from the need to expose the dirty laundry in all its glory.
Many people loudly lament the steady injection into such nations of fruitless foreign aid and economic assistance. But the rewards of looting are so substantial that they provide huge incentives for maintaining the status quo. The aid flow into Africa, Burgis notes, is tiny compared with the value of the exploited resources flowing in the other direction.
“Outsiders often think of Africa as a great drain of philanthropy, a continent that guzzles aid to no avail and contributes little to the global economy in return. But look more closely at the resource industry, and the relationship between Africa and the rest of the world looks rather different,” he says. “In 2010, fuel and mineral exports from Africa were worth $333 billion, more than seven times the value of the aid that went in the opposite direction (and that is before you factor in the vast sums spirited out of the continent through corruption and tax fiddles).”
So, the abuses will continue even if this or that shell corporation, corrupt African president or foreign robber baron is exposed, Burgis laments.
“The empires of colonial Europe and the Cold War superpowers have given way to a new form of dominion over the continent that serves as the mine of the world — new empires controlled not by nations but by alliances of unaccountable African rulers governing through shadow states, middlemen who connect them to the global resource economy, and multinational companies from the West and the East that cloak their corruption in corporate secrecy,” he writes. “We prefer not to think of the mothers of eastern Congo, the slum dwellers of Luanda, and the miners of Marange as we talk on our phones, fill up our cars, and propose to our lovers. As long as we go on choosing to avert our gaze, the looting machine will endure.”