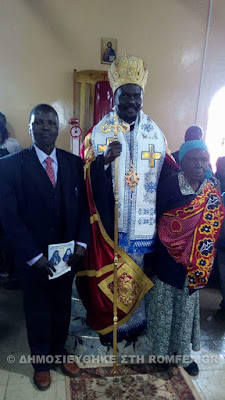 Neophytos Kongai was born in 1970 in the village of Kesengei, in the Nandi district of Kenya. He holds a degree from the “Archbishop Makarios III” Patriarchal Academy in Kenya. He was ordained Deacon on 13 September 1998 and Priest on 27 of the same month from the then Metropolitan Seraphim of Kenya, now of Zimbabwe and Angola. He served in parishes in Nairobi and at the Patriarchal Academy there as Deputy Principal. On 27 February 2005, he was consecrated as Archimandrite by His Eminence Makarios of Kenya.
In the same year he was awarded a post graduate title in Theological Studies from the Theological College of the Holy Cross in Boston. In 2007 he was tonsured a monk at the Holy Monastery of the Transfiguration in Veroia. He is a candidate for a Doctorate in Pastoral Theology, with a scholarship from the Aristoteleian University of Thessaloniki. On 26 November 2014, proposed by His Beatitude, he was elected by the Holy Synod as Auxiliary Bishop of the once brilliant Diocese of Nitria. On November 2016 elected by the Holy Synod as Bishop of the Diocese of Nyeri & Mount Kenya Region his Grace Neofitos. 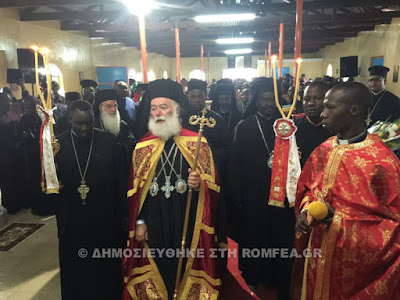