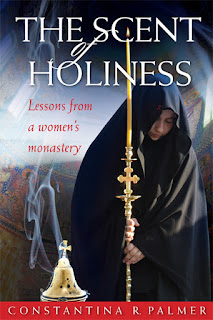 Lessons from a monastery

On one of my many visits to a fifteenth century women’s monastery in Greece Sr. Theologia asked me: “What theology do you learn here? All we do is put you to work.”
Come along with me and see what I saw, hear what I heard, drink from the spiritual fountain of life-giving water that was given to me. For four years I studied at Aristotle University of Thessaloniki but during that time I learned more from my encounters with nuns than I could have from countless degrees. I met holy people, heard incredible stories, helped with interesting work, and made a few quirky mistakes as a foreigner along the way. But I gained invaluable experience as an Orthodox Christian. Longing to learn true theology I went and sat at the feet of the greatest scholars, a monastery full of nuns.
Biographies of contemporary Elders abound. Books about experiences to the Holy Mountain and other male monasteries are in plenty. How often do we get to glimpse the spiritual life of women? This book is a treasury of spiritual advice, examples of true friendship, loving reprimands, and countless lessons from spiritual women. To Sr. Theologia’s question I answer: Let me tell you what I’ve learned…
The Scent of Holiness: Lessons from a Women’s Monastery is a collection of stories of my frequent trips to women’s monasteries in Northern Greece, and is meant to be a modern-day Materikon written by a layperson for laypeople. Although the stories take place at a handful of monasteries, I set them all in the one monastery to which I traveled most often.

The writing style in The Scent of Holiness is more reminiscent of a journal, rather than a chronological narrative. The purpose behind this is to offer the reader not merely a memoir of my experiences at a monastery, but rather a chance to encounter life in a women’s monastery. Together the reader and I gradually learn how to lead a more fulfilling spiritual life, participate in the monastic life, become better acquainted with the depth of spirituality in female monastics, and experience the Orthodox faith in an Orthodox country.

Although the book focuses on encounters with Orthodox nuns, it was written for the spiritual benefit of both single and married men and women alike. It is for busy mothers and fathers who may not have the time and ability to frequently visit a monastery. It is for interested youth or those considering the monastic life and looking for a detailed description of the everyday work, prayer schedules, and environment of an Orthodox monastery. It is for converts and cradle Orthodox who have not had the opportunity to live or travel in an Orthodox country, and who long for the faith that permeates the air in the “old country”. It is even for the non-Orthodox who desires to understand the traditional beliefs and practices that continue unbroken within the Orthodox Church for thousands of years. Ultimately it is a book for Orthodox and non-Orthodox men and women alike who desire an intimate glimpse of monastic life and of Orthodoxy generally. My hope is that the “sayings” and experiences in this book will offer my fellow struggling Christians similar monastic wisdom as found in the collections of sayings of the Desert Fathers and Mothers. 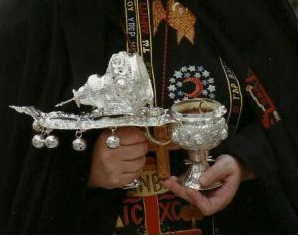 The Scent of Holiness: Lessons from a Women’s Monastery is available for purchase (both as a paperback and as an e-book) on Amazon and  Conciliar Press’ website.
For orders outside the US you can order from Conciliar Press. Amazon will only send hard copies of the book to residence in the US but the e-book is available in all countries and can be read on PC computers, not only on e-readers.
To hear an interview with the authour on Ancient Faith Radio, see here.
To listen to the authour give a talk on the book and monasticism more generally, see here.
To read an interview with the authour on Byzantine Texas, see here.
To read a review of the book, see here. To hear a review and excerpt of the book, go here.
If you wish to contact the authour, you can e-mail her at wiserthantheworld (at) gmail (dot) com. 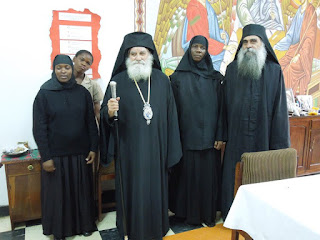 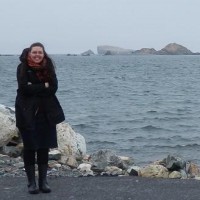 I am a struggling Orthodox Christian, the wife of an Orthodox priest (called "matushka" in the Russian tradition), a student of theology, a painter of icons, and the author of The Scent of Holiness: Lessons from a Women's Monastery. My husband and I are from New Brunswick but currently live and serve the Orthodox community in St. John's, Newfoundland. We returned to Canada after nearly six years in Thessaloniki, Greece, and one year in Seoul, South Korea. While in Greece I took a three-year course in Byzantine chant and spent four years learning to paint icons under the tutelage of a Serbian iconographer. I received my Master's in Theology from the Aristotle University of Thessaloniki; my thesis is entitled: The Theological Presuppositions of the Orthodox Iconographer According to the Canons of the Stoglav Sobor (Moscow, 1551). If you have any comments or questions, please feel free to e-mail me at wiserthantheworld (at) gmail (dot) com.


*****
The Scent of Holiness: Lessons from a Women’s Monastery is now available in Romanian translation, published by Sophia Press. You can order your copy here. 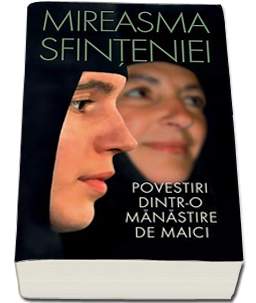 Theosis (deification): The True Purpose of Human Life
Theosis, St. Silouan and Elder Sophrony
The holy anarchists... in the Egyptian Desert
Orthodoxy's Worship: The Sanctification of the Entire World
Orthodox Monasticism in Africa & all the World
Mother Maria from Uganda
St. Mary of Egypt القديسة مريم المصرية St. Mary of Egypt Convent: The first women's Orthodox monastery in Uganda Male and Female Created He Them
In Memory of Matushka Michaila Altschul
Three girls of July
"Let the mouth become basil and a rose": St. Sophia the Righteous, the "Ascetic of the Panagia"
A Deer Lost in Paradise

LIVE, BEYOND THE LIMITS!