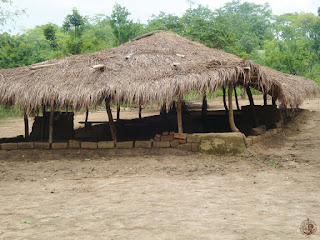 The "school" at Karmem village in Benue state (see here)

The program of the Orthodox Mission in Nigeria, “Support Education – Combat Poverty”, which started a few years ago, includes the construction of a kindergarten and primary school in Karmem, a mountainous village of Benue state in Central Nigeria.

The construction works began with the foundation of the school in May 2013 on land donated by the local authorities. Unhappily, it has been a year since the works on the school’s first wing were interrupted due to lack of the resources required for their continuation (roof work, ceiling finishing, plastering, electrical work, window and door installation, wall-painting, landscaping). The cost of all this work amounts to €43,000 (in February 2015 rates).

The school continues to operate in a makeshift grass hut and the students remain exposed to the harsh climatic conditions (heat waves and heavy rain). The efforts and dedication of the teachers are actually superhuman and commendable. The same goes for young students, whose number this year has more than doubled, reaching 400! This is due to the fact that state schools have been closed for two years now because of the inability of the state government to pay the teachers’ salaries. 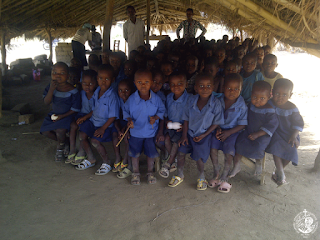 Furthermore, in the area there are refugee camps, displaced people from other areas in the state, due to conflicts with populations of the nomadic Fulani tribe, who occupied much of the arable area of the region. It is a humanitarian crisis intertwined with other factors, such as lack of food, drinking water, sanitation and health care, schools, and many others. It is a crisis away from the spotlight and the public attention at both local and international level. Many of the children in the camps continue their education at the school of our Mission.

It is worth mentioning that the living standard of the local residents is well below the poverty line, life expectancy is very low, there are high illiteracy rates and marriage between young children (13-15 years) is widely spread. It is in such an environment that our Mission strives through education to conduce to breaking the vicious cycle of poverty and exploitation in the long run. We know that we cannot change the whole world, but we believe that by the grace of God we can change the lives of some people, even if they are not many; they in turn will make a difference.
In this effort, we pray that God reveals fellow Cyrenians of the poor. The Calvary does not intimidate us because we believe in the Resurrection. In the Resurrection which we know that is not after the Cross, but through the Cross. 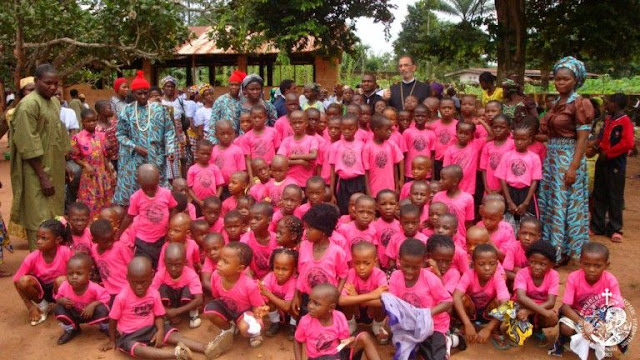 Metropolitan Alexandros of Nigeria in another School (from here)