The dark-skinned race at the Birth of Christ


The three Magi who went to adore the infant Christ Jesus a short time after His Birth had come "from the East" (Matth.chapter 2).
According to the ancient Christian tradition, their place of origin was Babylon; however, the Christian soul occasionally depicted one of the Magi as an African in appearance. This was the artists' way of indicating that Christ had come so that all nations and all races could be saved, without any discriminations.
We are presenting here seven Orthodox Christian icons depicting a handsome, ancient African king as one of the three Magi. The first four icons are the work of the Cretan hagiographers : Michael Damascenos, Emmanuel Tzanes, Georgios Kastrofylakas, and an unknown hagiographer. The fifth image comes from a chapel dedicated to the Akathist Hymn of Theotokos, from the Holy Monastery of St. John the Lampadistis (Illuminator) of Cyprus, opposite of the village of Kalopanagiotis, around 1500 AD.
The sixth icon originates from the Holy Metropolis of Zambia and Malawi.
The 7th icon is from the Museum of Dionysios Solomos and Eminent People of Zakynthos.
In the history of the Orthodox Church we have at least two African kings Saints; they are the kings of Ethiopia, Fulvian (who became a Christian by Saint Matthew the Evangelist) and Elesvaan.
We also have thousands of African holy Martyrs, Fathers and Ascetics, some of whom are even included among the most significant Saints of all ages. You can read about some of them, at this link: OBSERVING THE FEAST DAYS OF THE AFRICAN SAINTS.

May the Lord Jesus Christ bless you all, my brothers, and all the races on Earth.

Translation from Greek by our sister in Christ A.K.
Glogy to God!


Some images from Western Europe (Roman Catholics), from here. 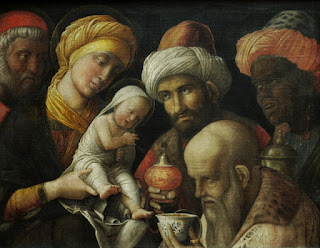 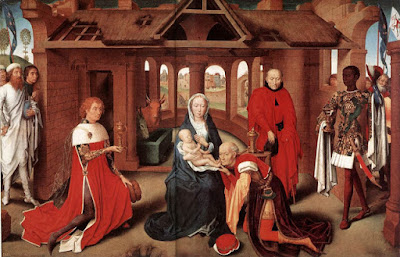 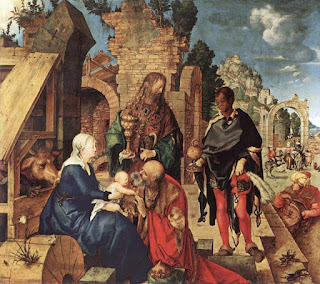 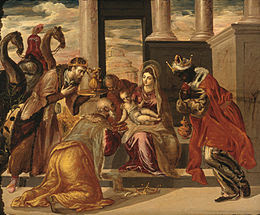 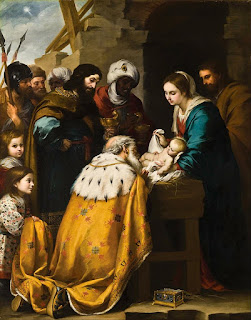 These icons are the work of the painters Andrea Mantegna, Albrecht Dürer, Hans Memling, Doménikos Theotokópoulos, most widely known as El Greco (Greek painter - the icon from here) and Bartolomé Esteban Murillo (icon from here).

The Kingdom of Heaven, where racial discrimination has no place
Historia ya Kanisa la Orthodox : Ukristo barani Afrika
Ancient Christian faith (Orthodox Church) in AfricaOrthodox Mission in Tropical Africa (& the Decolonization of Africa)
How “White” is the Orthodox Church?

LIVE, BEYOND THE LIMITS!
The holy anarchists... in the Egyptian Desert
African Saints (tag)
Hymn to the African Saints
Theosis (deification): The True Purpose of Human Life

The Orthodox African Church (Patriarchate of Alexandria) denounces the exploitation of Africa by contemporary colonialists
Orthodox Church & Capitalism: Orthodox Fathers of Church on poverty, wealth and social justice
Is capitalism compatible with Orthodox Christianity?
Grace and “the Inverted Pyramid”
The Passion of Jesus Christ and the Passions of Africa