"Jesus did not die to make bad men good, but to make dead men live"
Glory 2 God for all things - Fr. Stephen Freeman

Two people are working at a soup kitchen, feeding the poor. One of them is a Christian, the other an atheist. The Christian is doing what he does out of obedience to Christ, in order to serve Christ “in the least of these my brethren.” The atheist is doing what he does because he thinks that generosity is a good thing and that the world would be a better place if people acted in such a manner. What is the difference?
On one level, what they are doing is precisely the same. If I am a poor man who is hungry, I don’t care what the motives or explanations are – I’m grateful for the food. The actions that are being undertaken are indistinguishable, though one does what he does because he believes in God, and the other does what he does even though he thinks there is no God. The actions of the two men can both be described as “moral.” Indeed, they are morally indistinguishable.
I do not intend to disparage moral actions. I would to God that all atheists were motivated in a similar manner. It would be good if Christians were more moral in their actions and lives. But the simple fact that the actions of these two individuals is morally indistinguishable illustrates one of the limits of “mere” morality. In this sense, a “moral” person can be defined as anyone who acts in a consistent manner to carry out some schematic of good behavior. We must also note that the Pharisees whom Jesus opposed with great vehemence were very “moral” men, according to this definition. Christ took exception to some of the failings in their morality, but His purpose was not to undertake moral reforms within Pharisaic Judaism.
I have written elsewhere: Jesus did not die to make bad men good, but to make dead men live.
The Christian life, properly lived, is never “merely” moral. It is lived in union with the life of God in a mode of existence that is described as the “Kingdom of God.” Christ gave commandments to all: love your neighbor, forgive your enemies, etc. At one point, He sent out His disciples two-by-two with a different commandment: “Heal the sick, cleanse the lepers, raise the dead, cast out demons, freely you have received freely give. And as you go, preach, saying, ‘The Kingdom of Heaven is at hand’.” There was nothing in this latter commandment that was “merely” moral. It was a supernatural inbreaking of the Kingdom of God through the obedience of His disciples. 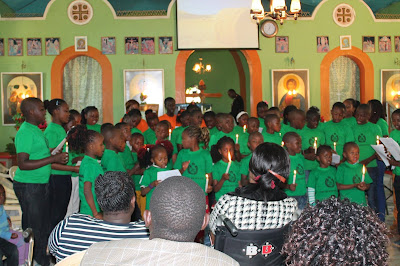 In the 19th century, Christian teachers, primarily in America and later elsewhere, began to equate the Kingdom of God with a better, improved social order. The extension of the voting franchise, the abolition of slavery, the abolition of alcohol, improvements in prisons, and the scientific and rational application of technology for the material improvement of life were their immediate goals. Every advancement in that direction was described as “building up the Kingdom.” Some of the same teachers (cf. Charles Finney), held that the death of Christ on the Cross was, in fact, a case of moral exemplarism. Christ died in order to set a good example and to provoke us to good works. As the century wore on, this “social gospel” found a ready home in the minds of many scholars who ceased to hold to the more “miraculous” aspects of the gospel story. It is arguable that the entire foundation of modernity in America (both Conservative and Liberal) lies within this religious movement. It was a movement that was equally applicable to believer and non-believer. If belief in God furthered things along, well and good. But a good atheist was as fine an ally as one would need.
This version of the gospel is today deeply entrenched in the cultural ideology of modernity. The commandments to the disciples have been isolated as rare and unusual rather than as exemplary of the preaching of the Kingdom. Interestingly, in many Western societies, the State has taken over the moral role of the Church. It feeds the poor, clothes the naked, establishes justice, etc. It easily casts the Church as moribund and unnecessary. Why engage in a bunch of ritual when a social worker is what is needed? The “social gospel” succeeded where many other things failed: it turned the State into a moral entity. But in so doing, having lost its own grounding in the supernatural life of the Kingdom, it became redundant. Many modern cultures have as few as five percent of their population actively participating in the life of the Church. Who needs a secularized Church?
The proclamation of the Kingdom of God was in no way the declaration of God’s secular goals for a better world. Christ specifically identifies the Kingdom with the actions of healing, cleansing, raising the dead, casting out demons. These things serve as examples of the character of the Kingdom. It is not the improvement of bad men, but the raising to life of dead men.
Within the Church, the sacraments are specific actions that have this very character: they do what human beings could never do for themselves. In Holy Baptism we are put to death and raised to new life. Nothing less than the resurrection of Christ dwells in us:

This is not a call to moral rearmament. To “put to death the deeds of the body” is not at all the same thing as improving our behavior. Many of the false teachers equate such language as nothing more than a colorful metaphor.
In the Eucharist, we eat and drink the true Body and Blood of Christ, and become partakers of the Divine Nature. For many of the false teachers, such supernatural theories of the Eucharist were not only unnecessary, but considered superstitious. To eat and drink and remember the example of Christ was sufficient for their moral project.
All of the sacraments could be described and contrasted in this same manner. The life we are called to live can better be described as “sacramental” rather than as “moral.” The behaviors of the one might often seem similar or even indistinguishable from the other. But that is a matter of discernment. The true Christian should always remember that apart from Christ, we “can do nothing.”
I recently encountered the argument that this dependence of the Divine working within us was “monergism” the teaching that every good deed is solely the work of God. Orthodoxy teaches synergy, a cooperation with the work of God. But, we have to ask ourselves, “What precisely did the disciples contribute to the healing of the sick, the raising of the dead, the casting out of demons?” They said ‘Yes.’ They went and did what they were told. But only God can do such things. They came back and were astonished.
The culture we live in has devolved into a cluster of competing moral projects. It is no longer a matter of good versus evil, but arguments concerning the nature of the good. All of the competing moral projects share something similar: none of them need God. Some few of them might argue that what they are doing is in conformity with God’s will, but in no way does their project need anything more than a sponsor.
CS Lewis was wonderfully familiar with all of this. In his captive Narnia, where the sway of the White Witch held power, it was “always winter but never Christmas.” The very nature of things seemed frozen in an inert world, immune to anything but the witch’s work. But Aslan’s coming (which was whispered first as a rumor) began a great thaw. The snows began to recede, and the signs of Christmas appeared. This echoes the coming of Christ and His preaching of the Kingdom. The witch was surely capable of organizing a nicely functioning world, but she could not engineer anything more than a fake Christmas.
I want the real thing. No, the Real Thing.