More slaves now than at any other time in history 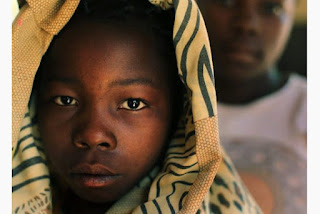 There are 27 million people living in slavery today, more than double the total taken from West Africa during the slave trade.

There are more people in slavery today than at any time in human history. The best estimate, according to the U.S. State Department, is 27 million, and that does not include bonded labour. This is more than double the total taken from West Africa during the transatlantic slave trade in the 16th, 17th and 18th centuries. However, in percentage terms, it is smaller than the African slave trade — with today’s massive global economy it has become only a tiny fraction of the whole.
President Barack Obama has talked about how it works in the modern world. “It’s the migrant worker unable to pay off his debt (mainly for transport and clandestine entry) to his trafficker. The man, lured here with the promise of a job, his documents then taken, and forced to work endless hours in a kitchen. The teenage girl beaten, forced to walk the street.”
Slavery takes many different forms. In Niger in central Africa, girls and women of the “slave caste” are bought and sold as unofficial wives. They are referred to as “fifth wives” as they are additional to the four wives the law allows. Since they are not officially married, they have none of the legal rights due a married woman. Thus they are exploited for domestic labour and sexual gratification.
In Ghana, young boys are brought by traffickers from interior African states to work in harvesting cocoa pods. They have no rights at all, rarely see their families again and are paid peanuts.
In India, it is common. In New Delhi, it is found in the work of beautifying cloth — attaching sequins, beads and embroidery to garments to be sold often in international markets. Much of the work is done by boys between the ages of 10 and 20. New Delhi has become a kind of hub for this work, drawing in boys from many parts of north India fleeing the poverty of their rural homes.
Most of the larger businesses are located on the top floors of buildings where prying eyes don’t easily see what is going on. Smaller businesses use cramped rooms wherever the rents are low. According to the London-based Anti-Slavery Society, an organization that is a direct descendent of the one that fought against the African slave trade, well-known brands have been involved in marketing these products: Marks and Spencer, Mothercare, Tesco, Asda-Walmart, C and A, and Hennes and Mauritz (H&M).
In India, Pakistan and Nepal, families are often tricked into sending their children to a carpet workshop to work off a debt. The children can be made to work up to 14 hours a day, six days a week in cramped and hazardous conditions, weaving, knotting and cutting the carpet threads. International publicity has led to India making a more serious attempt to enforce its child labour laws and only recently passed a law strengthening the penalties. But it is not easy to enforce.
Progress toward abolition is being made thanks to the publicity shed on the issue by NGOs such as Anti-Slavery International, Free the Slaves and Stop the Traffik. Big companies are now much more sensitive to the issue, boycotting goods produced by slave or forced labour. In Uzbekistan, a number of major international retailers, including some of those named above, have stopped buying cotton produced by forced labour. Last year a trade deal negotiated with the government was rejected by the European Parliament.
In neighbouring Kyrgyzstan, Stop the Traffik works with street children to teach them to recognize the warning signs so they can avoid being recruited to beg and steal.
Despite this gloomy reporting, there is an air of optimism among many experts. The International Labour Organization talks about the growing leadership on the part of key importing countries to take action. Around the world there has been a sweeping change in legislation and regulation.
It is increasingly more difficult for big companies to get away with using clandestine suppliers. In Brazil, employers are put on a “dirty list” if they are found out. In 2008, Niger was found guilty in the Court of Justice of the Economic Community of West African States for failing to protect a former domestic slave and the government was ordered to pay compensation. Aidan McQuade, director of Anti-Slavery International, says that following the verdict the news spread and large numbers of those in forced labour simply walked away from their work.
According to a BBC report, Kevin Bales of Free the Slaves says, “Slavery is standing on the edge of its own extinction — if we give it a hard push. We need governments to work together and to enforce their own laws. But that’s doable. It is a solvable problem within our generation.”
So it should be — and in much less time than that.

Jonathan Power is an international affairs writer and author of Conundrums of Humanity: The Quest for Global Justice.