Due to the Holy Vigil took place at the Monastery in honor of St. Porfyrios of Kafsokalyvitis, and the fact that the "Elder", St. Porfyrios was the spiritual father of the sisterhood of the Monastery of Pantokrator Tao, and revealed many facts about the life and martyrdom of the 179 Holy Fathers, the following tribute is cited.

Saint Elder Porphyrios, named Evangelos Bairaktaris came into the world on February 7, 1906 AD, in the village of Agios Ioannis, in the province of Karystia, in Euvoia. His parents, Leonidas Bairaktaris and Helen, nee Anthony Lambrou, were pious and God-fearing people. His father was a church cantor of the village and had personally met St. Nektarios. The Saint's parents, who were poor farmers, struggled to support their large family. That is why his father had to leave for America to work on the construction of the Panama Canal.

Young Evangelos was the fourth child of the family. He was guarding sheep on the mountains and had just attended the first grade of primary school, when, due to extreme poverty, was also forced to go to Halkida to work. He was only seven years old. He worked for two or three years in a store. Afterwards,  he went to Piraeus, where he worked for two years at the grocery store of a relative.

At the age of twelve he secretly left for Mount Athos, with the desire to imitate Saint John the Kalivitis, whom he particularly loved after having previously read about his life. The grace of God led him to the hut of St. George at Kafsokalyvia where he submitted himself to two Elders,  to Panteleimon, who also was a spiritual father, and Ioannikios. They were both brothers in the flesh. He devoted himself to the two Elders, who were particularly severe, but with great love and with a spirit of absolute obedience.

He became a monk at the age of fourteen and was named Nikitas. After two years he was tonsured into the Great Schema.  Shortly thereafter, God gave him the gift of discernment.

At the age of nineteen, the Elder fell seriously ill, which forced him to leave  Mount Athos for good. He returned to Euvoia, where he stayed at the Monastery of St. Charalambos of Leukon. A year later, in 1926 AD, at the age of twenty, he was ordained a priest at St.Haralambos in Kimi by Porphyrios III, Archbishop of Sinai, who gave him the name Porphyrios. At the age of twenty-two he became a spiritual father and confessor, and a little later an archimandrite. For a time he worked as a chaplain at Tsakaious, a village in Euvoia.

He lived in Euvoia, at the Holy Monastery of St. Charalambos, for  twelve years, ministering the people as a spiritual father and a confessor; and three years in Upper Vatheia at the abandoned monastery of St. Nicholas.

In 1940 AD, on the eve of the Second World War, Elder Porphyrios established residence  in Athens, where he was appointed chaplain and spiritual father at the Polyclinic of Athens. As he himself said, he lived there for thirty-three years as one day, relentlessly exercising the spiritual  work and relieving the pain and illness of people.

Since 1955 AD he had settled in Kallisia, where he had leased, from the Holy Monastery of Penteli,  the small monastery of St. Nicholas with the rural area that surrounded it, which he cultivated with great care. Here, at the same time he practiced his rich spiritual work.

In the summer of 1979 AD, he settled at Milesis with the dream of building a monastery. In the beginning, he lived in a caravan,  under particularly difficult conditions. And afterwards, in  a modest cell made from concrete blocks, where he endured without complaint the many trials of his health. In 1984 AD, he was transferred to a building of the monastery under construction for which the Elder, despite his blindness and severe illness, worked tirelessly and relentlessly to complete. With the foundation of the main church of the Monastery of Transfiguration, on February 26, 1990 AD, he was indulged to see his dream come true.

During the last years of his earthly life he began preparing for his death. He desired to retire on  Mount Athos, on his beloved Kafsokalyvia where he would give his soul to the Bridegroom secretly and quietly as he had lived. Many times I heard him say: "Even now that I have grown old, I seek to go and die up there.”

Indeed, in June 1991 A.D., foreboding his end, and wanting to avoid all honours in his funeral, he departed for St. Giorgios’ hut at Kausokalyvia of Mount Athos-where he first became a monk 70 years before. It was at 4:31’ in the morning on 2 December 1991 A.D. when he delivered his spirit to the Lord, whom he so much loved throughout his life.

The Saint’s memory is celebrated annually on 2 December. 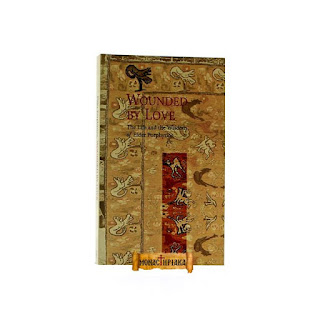