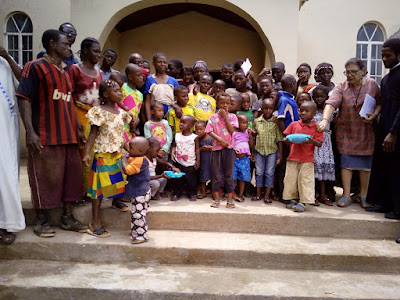 Source: Quarterly pamphlet for Orthodox Teaching «The Way». A publication of the Sacred Metropolis of Rhodos Island. Issue No.26/2013. A dedication on death.
Re-circulated by here (ΕΛΛΗΝΙΚΑ)
Orthodox Outlet for Dogmatic Enquiries


In the Catechist Homily by Saint John the Chrysostom, which is read during the Holy and joyful night of the Lord's Resurrection, we hear the following words:

When referring to the words of Saint Chrysostom, the blessed Metropolitan Anthony of Sourozh wrote the following:

"Up until the Incarnation of Christ, every person, whether righteous or not, was deprived of the joy of encountering God. According to the narration of the Old Testament regarding the first Fall of our Forefathers - Adam and Eve - the entire human race was without the light, the joy and the glory of God. At the time, those who died entered an abyss of horror, of separation from God, and consequently, of separation from their loved ones.
That death had two aspects: it was not simply the earthly death, during which the soul that parted from the body rose up to God and worshipped Him at His throne, while He wiped away the tears of its earthly afflictions.  There was also another death - a second separation: While living on this earth, one could - in one manner or another, even if only with a tiny edge of their soul - touch the hem of the Lord's garment; however, after death, each separation became irrevocable, final, dreadful...
But the Lord then came, and He died on the Cross with the same kind of death that every person dies... and He descended into Hades....
Ever since then, Hades is no longer the dreaded hell of separation, the way it used to be, because now, inside Hades was the living God Himself..."

The aforementioned words shed light on the matter of death; they are the answer to how a Christian copes with the fact of death.  "Death", after the Resurrection of Christ, remains a biological event. The tombstone does not obliterate man.  Separation is temporary. That is why the Apostle Paul instructs how Christians should confront the event of death:

"Brethren, I do not want you to be ignorant about those who are reposed, so that you do not sorrow like the others, who are without hope."

Our hope is the resurrected Christ, and the unending life that He has promised to give us, within the glory of His presence.
Translation: A.N. 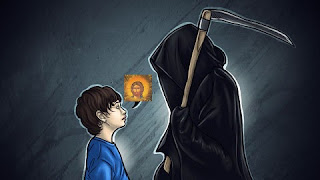 LIVE, BEYOND THE LIMITS!
Theosis (deification): The True Purpose of Human Life
The holy anarchists... in the Egyptian Desert
We and the spirits of the departed
Death is Unnatural
A revelation on the torments of hell to St. Makarios the Great
A voice from Orthodox Christian Africa: "The hopeful message of Resurrection: with power, solidarity with fellow human beings, faith and optimism, we will find the way out of the terrible ordeal!"
The Death of Christ and the Life of Man
Kristo Amefufukka! Kweli Amefufukka! / Christus het opgestaan! Hy het waarlik opgestaan! / Christ is Risen from Africa! Truly is risen!
Jesus and the deads - The Icon of Resurrection or The descent into Hades