The heritage of the Orthodox Christian tradition in Africa today 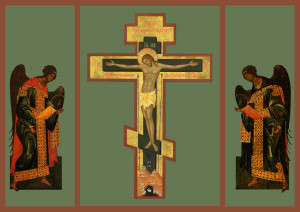 The Orthodox Tradition is based on perpetual loyalty to the faith of the Fathers of the Church, sealed by the first seven Ecumenical Councils, and on loyalty to the doctrine of the Church. The indispensable principle of this continuity of faith resides within the apostolic succession of the episcopate, through which each local church maintains its organic unity and its status as being part of the unique, saint, catholic and apostolic Church. It also resides within the purity if the faith and the catholicity of its life, which safeguards its unity in time and space.

This loyalty also resides within the theological and spiritual Tradition of the Church, which is the manifestation of life through the Holy Spirit “giving each part of the Body of Christ the ability to hear, receive and know the Truth in Its own light and not the natural light of human reason”[1].  The loyalty also resides in the filiation of local churches. “To say that one local Church draws its canonical status from the universal Church for example and not from another local Church means denying spiritual filiation, which is a fatal blow at the ecclesiastical and personal level. Filiation is necessary to the spiritual being’s creation and its growth; it is essential for spiritual rebirth.

The Church’s Tradition relies on the “transmission” of the gift of the Holy Spirit; this, as all other processes taking place in the Divine Trinity Church, can only be personal, transmitted from one person to another, in the unity of obedience which comes with love. “This Tradition is our Fathers’ Tradition, who opened our spiritual consciousness.” [2] 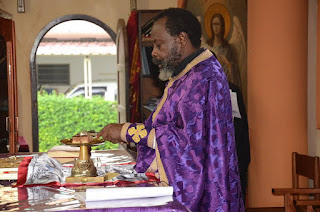 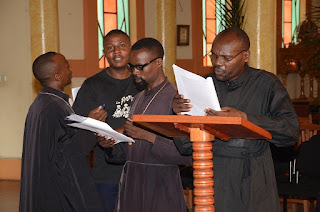 As Vladimir Loosky said, Tradition also ensures “critical thinking on the part of the Church”, that is to say that the Church does not cling to a sterile and fixed way of thinking, but it is, in the grace of the Holy Spirit, the manifestation of richness and creativity. Hence, “patristic theology is never repetitive”, but due to “its loyalty to apostolic succession” it is the evidence of loyalty to the Writings, which, in the midst of the new essential challenges and questions that the modern world brings about, summons a re-evaluation of the evangelical message.

This message is ancient, but it is renewed at every era and it echoes in the heart of the people because it is modern and because it is the evidence of the infinite flow of love that bursts forth from God’s heart into the world, love for His creation and for its redemption and salvation. The Orthodox Church is the gift, the manifestation, the growth and the fullness of this modernity which remains faithful to the Gospels, the Apostles and the Fathers of the Church, while maintaining its divine creative vitality.

Orthodoxy is the true faith and due to its universality it embraces all people of all nations, regardless of their cultural, national and ethnic backgrounds and, through its conformity to the Tradition, it spreads the fullness of faith in the Holy Trinity in each nation that it seeds its life-giving seeds in. It is a source of life and richness, through its loyalty to the Gospels, to the Apostles’ and the Holy Fathers’ teachings, through its profession of the true faith and the safeguarding of the dogmas of which the senior figures, the clergy and the believers, monks or laymen ensure the transmission of and the safeguarding against deviations and heresy. Every component of the Orthodox Church conforms to the Tradition, not only the clergy, but also each layperson- each is called upon to profess and defend the truth of the Tradition[…] »[3].  The Church “unanimously professes a sole Truth- safeguarded for always, everywhere and by everyone” (Saint Vincent de Lérins).

The Orthodox Church, faithful to the Tradition of the undivided Church of the first centuries, has a local presence in various places and is based on the principle of communion between local churches, each including several national and ethnic groups, within the single Body of Christ.[1]

This heritage offered to Africa today and accepted by the faith of the peoples of our continent is not so much a heritage of doctrine as a way of life, always renewing itself and creating, rooted in the Tradition of the Councils of the early Church. Orthodoxy offers people of all origins, languages and cultures the fullness of life, reflecting the divine Life of the Trinity, which appears in its liturgy, its rites, its services, in the word of the Gospel which continues in the writings of the Fathers of the Church, both those of the first centuries and those who the Holy Spirit has chosen to carry its light in the world up to the present day.

Considering this creative faith it has always taught, the Orthodox Church’s spirituality and sense of the mystery of humanity and godhood (without scholastic rationalism), as well as its energy, renew the heart and the face of nations in every age, and through the light of the Gospel try to apply Christ’s message to the present and give an answer to the challenges of each step of history. This renewal requires peoples who have accepted the Orthodox tradition “an effort to be worthy heirs to the witness of the apostolic age … This renewal means our life in Christ is renewed. We must learn to live with the same feeling of Christ’s presence as the first Christians. Christ says to us, as to them: I am with you for ever (Mt 28:20)[2]“ 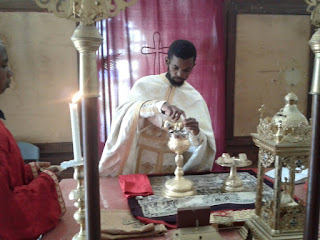 The offering of the hearts of a nation’s children, in faith, fidelity and thanksgiving to God glorified in the Trinity, leads in return to on overflowing of blessings which recasts its face in light. For God is the “defender of those who trust in him … who saves the humbled people, but puts the eyes of the proud to shame” (Ps 17:31, 28). King David said “Blessed is the nation that has God for its Lord, the people He chose as His inheritance (Ps 32:12).

The nation is the stage for the gifts of the Spirit, which the Church of Christ, present in every people, must bring to maturity in the souls of its children. The Church is “the coming of humanity[3]“, in which the luminous beauty of each and every one of us is revealed, beauty which is none other than the light of the soul in communion in Christ with the source of all beauty in Creation. If the Church as a eucharistic community is the place of the sacrements, spiritual remedies for mankind separated from God, the nation as an ethnic and linguistic community is the place for values of union, communion in love, fraternity and solidarity to blossom, as it is called to be an icon of the Church and to live in truth, justice and fairness.

[1] Canon 57 of the Council of Carthage, 419 A.D. A Church reaching “from one end of the universe to the other” (expression in the Offertory of the Divine Liturgy of St. Basil the Great)
[2] M.-A. Costa de Beauregard, Dumitru Staniloae «Ose comprendre que je t’aime», page 37, Coll. Témoins spirituels d’aujourd’hui, Éditions du Cerf, 1983.
[3] ibid, page 14. 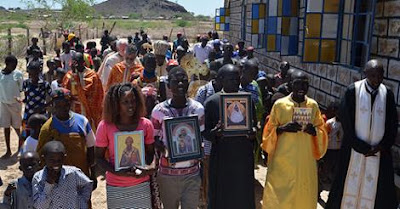 Orthodox Christians in Kenya (from here)

The Kingdom of Heaven, where racial discrimination has no place
What do we mean by “Fathers of the Church”?
Dream Team of the Desert
African Saints
The Church as the Liberated Zone
"The African culture is ripe and ready for Orthodoxy because her people already live in community..."
in Search of Orthodoxy
"THE WAY" - An Introduction to the Orthodox Faith
Theosis (deification): The True Purpose of Human Life
Historia ya Kanisa la Orthodox : Ukristo barani Afrika